CF - How would you cope?

Imagine, if you will, the thought that everytime your child catches some sort of infection, it can be weakening his resistance and opening him up to something life threatening.  Every cold he catches is bringing him one step closer to what you know is the most likely outcome – early death.  Imagine knowing you are likely to outlive your own child and all you can do is watch.  Wouldn’t that be a living hell?  And yet thousands of parents live with that knowledge every day!

Up until about 6 years ago I had no idea what Cystic Fibrosis was.  I’d heard of it, but knew nothing of what it really meant.  I’m guessing that unless you’ve come across someone affected by CF, then you probably don’t either.

From when my youngest son Luc was just 8 weeks old, he suffered with asthma which was quite severe at times.  He had to have regular therapy sessions by a specialist physiotherapist to clear the mucus from his lungs.  We’d been living in France less than a year.   It’s very rural here and I had difficulties sourcing a specialist in the area and was finding the 3 hour often daily round trip to Toulouse impossible.  I put an ad on an English Forum on the internet in our area and had a response from S who recommended a Physiotherapist about 20 minutes from home.  You could say S is an expert on the subject of Physiotherapists as her son has CF and spends much of his time there.  It was the first time I’d encountered a CF sufferer and I was surprised at how her son looked like any other normal, healthy 3 year old, but this couldn’t be further from the truth.

What is Cystic Fibrosis?
CF is an inherited disease that affects the lungs and digestive system.  1 in 25 carry the CF gene, most without knowing it.  If 2 people carrying the CF gene unite, they have a 1 in 4 chance of having a child with CF and a 50% chance their children will inherit the CF gene.

Five babies will be born this week with CF and there are 9,000 people living with CF in the UK. Only half of them are expected to live past their late thirties.


CF affects the child from birth, life is a constant battle of medicines, tests, nebulisers, physiotherapy and streches in hospital.  But what does that really mean to the suffers and the families caring and living with CF?

As an onlooker, I see only glipses and snapshots of what life must be like.  The daily struggle, the constant worry.  Worry about germs – we all worry about our kids picking up colds and tummy bugs, but for the CF sufferer infections of any kind can be life threatening.

A few years ago I was saddened to discover that my cousin Jessica’s son Harrison had been diagnosed with CF.  Here’s Jessica’s description of what it is and what it’s like as a parent of a child with CF: 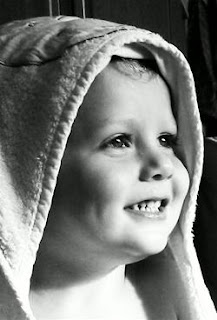 Cystic fibrosis (cf) affects the glands that produce body fluids or secretions.  These secretions are stickier and thicker than normal. This hinders the functioning of important organs such as the lungs and digestive system. Common problems of cf:

Life expectancy of cystic fibrosis nowadays is mid thirties and 75% of affected children make it to young adulthood.

I had just turned 20 when I learned my son Harrison suffers from this life shortening and threatening disease, and has gene mutation double df508. He is 2 and a half now.

when ill with a chest infection he also has to have:

I have had a few disgusted looks at giving my son fatty food but he needs over double the calories his age would normally need because of malabsorbtion, I don't really let the looks affect me as I know I am doing right for my sons health!


Harrison had a tough start when he was born with something called meconium ileus (blocked bowel as a newborn), he got taken from Poole hospital to Southampton hospital for tests and enemas to shift the blockage, age 3 days old the enemas were not working so the doctors decided to operate, it was the longest few hours of my life (was he going to make it, he was so young to be operated on, would it work?) he looked like a boxer after surgery he was so swollen, he was my little fighter on a ventilator.  He pulled through but the operation had failed, by this point he was in intensive care and was still having enemas which also kept failing.  Things were not looking good, doctors were really stumped as to what they could do for him. I wasn’t going to lose my little soldier, he was going to battle on and the doctors decided to operate one last time at 2 weeks old.  A day later he passed his first stool.  Joy swept over me, maybe things were looking up!  He continued to get stronger and when he was 8 weeks old he was allowed to come home for the very first time! How excited was I!!! He then had local clinic appointments to keep check on him every 2 months, he has had pseudomonas twice since being diagnosed which isn’t a good thing as this bacterial infection can be deadly and some anti-biotics are very resistant to it.

In march 2011 Harrison was very poorly. He was being sick and not keeping anything down, had no energy and had not done a poo which is very unlike him! I knew it was distal intestinal obstruction syndrome (DIOS for short).  I couldn’t believe it, I couldn’t go through this again, he had to be ok! I took him into hospital and my suspicions were right and we were transferred to Bristol hospital by ambulance for him to either undergo enemas or surgery. He was nil by mouth and he looked so ill but day 2 they gave him an enema and it worked he pooed like never before - I didn’t mind cleaning up that mess! Day five we came back from Bristol on Harrison’s first train ride - he was so excited it was nice to see him smile again!

This October we have had to go through something similar again as he will be prone to dios now. He had started doing very hard pale stools, i instantly started to get worried but knew he would be fine as long as he was doing poos! we took him into hospital and they have given him movicol- a stool softener and it is working it has softened his stools up and is going every day, i am now waiting for his appointment dec20th to discuss this with the hospital as they have told me that his gut has stopped working, so needs something to make it easier to go.

Poo is a very good thing for my son and I talk about it a lot as long as he is pooing he is ok!

I have my up days and down days.  My down days defeat me, I have flashbacks of what happened when he was born - how long are his lungs going to stay healthy before it all goes down hill? I want to make cf stand for cure found before the damage to his lungs is irreversible.

You wouldn’t think my son is fighting this horrible disease though as it attacks from the inside so don’t judge a book by its cover!
Concerned Family
and
Caring Friends
will
Continue Fighting
with
Courageous Faith
until
Cystic Fibrosis
is
Cured Forever

A lot of people say they admire me for all I do for my son and how young I am for taking it all on and in my stride, but wouldn’t you do the same for your child?

I’m sure you’ll agree her courage at such a young age is incredible.  It must at times feel like a hopeless battle, but there is hope.  Research is being carried out into gene therapy which could potentially save many lives.  Initial trials have been very encouraging, but unfortunately they are desperately short of funds to continue with the next phase of the trials.
I feel helpless sometimes when I think of what life must be like for Jessica, S and other’s like them.  So, I’ve decided to give the proceeds from the Christmas Fayre I’m organising at our Garden Centre on Saturday 17th December towards the Cystic Fibrosis Gene Therapy Appeal.  If you are reading this and live in my area (Boulogne sur Gesse, Department 31 France), then please do come along and help us raise as much money as possible for this cause.  It’s from 2pm – we have craft stalls, tombola, mulled wine, minced pies and homemade cakes.  Carols from 4.30pm and childrens Christmas songs from 5pm followed by a visit from the “real” Father Christmas, and I’m not even joking – look here he is! 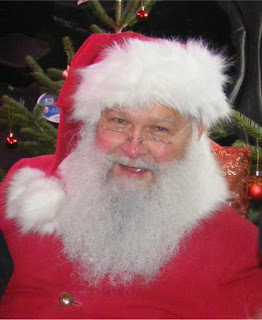 If you are not able to come, you can still help by donating whatever you can spare.  Jessica has an appeal page for Harrison which goes directly to the Gene Therapy Appeal.  Click here and mention that you found it via A Mother in France.  All donations will be very gratefully received.

Here's a message from the Cystic Fibrosis Trust Funding Team:

"The Cystic Fibrosis Trust is the only UK charity dedicated to funding research into CF. They are committed to improving care, treatment and support for all people affected by Cystic Fibrosis.

Your donation will go towards the clinical trial of a gene therapy product that has the potential to treat Cystic Fibrosis (CF) in the lungs. Severely damaged lungs claim the lives of 90% of people with Cystic Fibrosis.

It is the fantastic support we have received over the past ten years that has enabled us to reach this crucial stage.

Successful safety studies on the gene therapy product have been completed. A world-leading series of tests to measure the effectiveness of the product has been developed and the majority of the 130 CF patients required for the trial have been identified through their participation in a run-in study.

We need to raise £6million so that we can give thousands of CF families throughout the world hope in achieving a better and longer life."

Thank you for taking the time to read this.  Please give generously. Find a cure for Harrison
Posted by Nikki - A Mother in France at 5:18 PM

Nikki - A Mother in France
I’m an English mother of 5 living the dream (and sometimes the nightmare) in France. I’m an ordinary, everyday, living in a mill mother who can simultaneously feed a baby, talk on the telephone, while typing a letter and serving a customer. In my spare time (the middle of the night when everyone’s asleep), I’ve been writing a book about our experiences in France as a family where since 2004 I’ve had 2 babies, schooled my children through the full range of levels in France (and England), started gîte, landscaping and garden centre businesses from scratch, coped with medical emergencies and lived to tell the tales. I am realising that I've got too much material in my head for my book and so need a place to offload. I'm hoping that my experiences and observations will be useful to others living or considering living in France.